Among his books are Israelit Safa Yafa (Israeli – A Beautiful Language; Am Oved, 2008), Language Contact and Lexical Enrichment in Israeli Hebrew (Palgrave Macmillan, 2003), three chapters of the Israeli Tingo (Keren, 2011), Engaging – A Guide to Interacting Respectfully and Reciprocally with Aboriginal and Torres Strait Islander People, and their Arts Practices and Intellectual Property (2015) and the first online Dictionary of the Barngarla Aboriginal Language (2016). He is the editor of Burning Issues in Afro-Asiatic Linguistics (2012), Jewish Language Contact (2014), a special issue of the International Journal of the Sociology of Language, and the co-editor of Endangered Words, Signs of Revival (2014).

He is the founder of revivalistics, a new trans-disciplinary field of enquiry surrounding language reclamation, revitalization and reinvigoration. He has launched, with the Barngarla Aboriginal communities of Eyre Peninsula, South Australia, the reclamation of the Barngarla language. 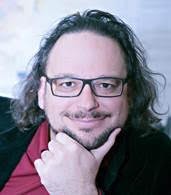